The ICCFA’s most prestigious award is entry into our Hall of Fame. Since its creation in 1965, it has been awarded to only 35 individuals. This award recognizes those who have demonstrated unselfish service and outstanding contributions to the ICCFA, to the cemetery, funeral, cremation, and memorialization profession, and, ultimately, to the public.

This year, the ICCFA is proud to induct two extremely worthy individuals to the Hall of Fame, Jim Price, CCFE, CCrE, and Bill Wright, CCE. They will be honored at a ceremony during the Closing Banquet of the 2022 ICCFA Annual Convention & Exposition on Friday, March 25, which begins at 5:30 pm. 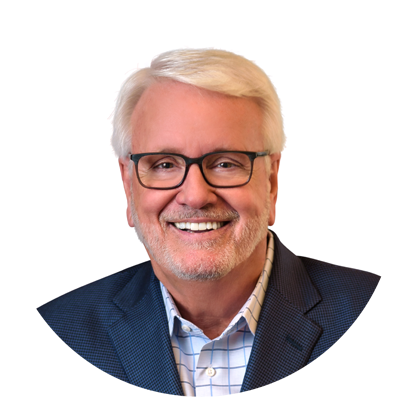 Bill Wright has displayed continued dedication to the ICCFA throughout his 35 years spent supporting the Association. He has served in a number of leadership roles including Director, Vice President of Education, Vice President of the Government & Public Affairs Steering Committee, and as President of the ICCFA from 2002 – 2003. Notably, he founded the ICCFA’s Political Action Committee (PAC) in 2003 and served as chairman for six years. The ICCFA’s PAC has made a tremendous impact on the deathcare profession through its advocacy efforts.

Past President and CEO of Evergreen-Washelli Park & Funeral Home

Paul Elvig is the past president and CEO at Evergreen-Washelli Memorial Park and Funeral Home in Seattle, having previously served as vice president of administration. He is chairman for the ICCFA’s State Association & Regulation Subcommittee. He has served as vice president of the Industry Relations Steering Committee, and held other leadership positions within the association, including secretary, board member, and chairman of several committees. He also served as program chairman for the ICCFA 2005 Annual Convention.

President and CEO of Futura Group

The Futura Group, based in Ewing, New Jersey, owns and operates 42 cemetery and funeral home locations serving more than 12,000 families per year. Previously, Shipper served as a vice president and director of corporate development with Loewen Group International. During his tenure, he negotiated more than $250 million in cemetery and combination acquisitions and more than $1 billion in closing transactions.

He also serves on the ICCFA Board of Directors and is a past president of the association. His father, Irwin W. Shipper, CCE, was inducted into the ICCFA Hall of Fame 10 years ago. His family has been in funeral service for multiple generations.

We thank Shipper for his significant contributions to ICCFA and the industry over the years and we are very proud to include him among our other Hall of Fame inductees.

Frederick W. Miller, CCE, CSE, is president of Memorial Business Systems in Brentwood, Tennessee. He graduated from Penn State University with a bachelor’s degree, and then earned his Ph.D. from Rice University, both in chemical engineering. He pursued that profession for 19 years with the DuPont Co., leaving to become CEO of Pensacola Memorial Gardens, a family business.

In 1994-95, as president of the ACA, Miller helped manage the project that would enable the incoming Board of Directors and the general membership to vote on the resolution to open the membership to a wide range of death care professionals: funeral directors, cremationists and monument builders across the entire profession. This entailed the revision of the strategic plan, mission statement and code of ethics. On the last day of his term, a vote was taken and, by a near unanimous vote of the membership, the ICFA was born.

Working with Dan Majestic, Miller helped create the International Memorialization Supply Association to coordinate the activities, goals and objectives of the suppliers and the ICFA. Miller, Majestic and Fernando Aguilar developed a relationship with ALPAR, the Latin American equivalent to the ICFA. Miller went to Guatemala in 1995 and then Panama in 1996 as the ICFA representative to those conventions.

He also assisted with outreach efforts to AARP, hospice and organ donor organizations to establish our standing as a public service association. The ICCFA worked with the National Kidney Foundation to partake in its “Taking Time to Talk” program, similar to FAMIC’s current “Have the Talk of a Lifetime” campaign.

In 1982-83, Miller developed software products for his cemetery and began making them broadly available to other cemeteries, forming Memorial Business Systems to do so. Now in its 32nd year, MBS is highly regarded in the industry. Watch a video of the ICCFA Hall of Fame presentation.